In the midst of Saigon with a magnificent, busy and bustling city, if you wanna find a true retreat, then come to the Tomb of Le Van Duyet (also called the Tomb of the Marshal in Ba Chieu or Lang Ong Ba Chieu in Vietnamese). This is the largest cultural-spiritual destination in Binh Thanh District, Ho Chi Minh City. 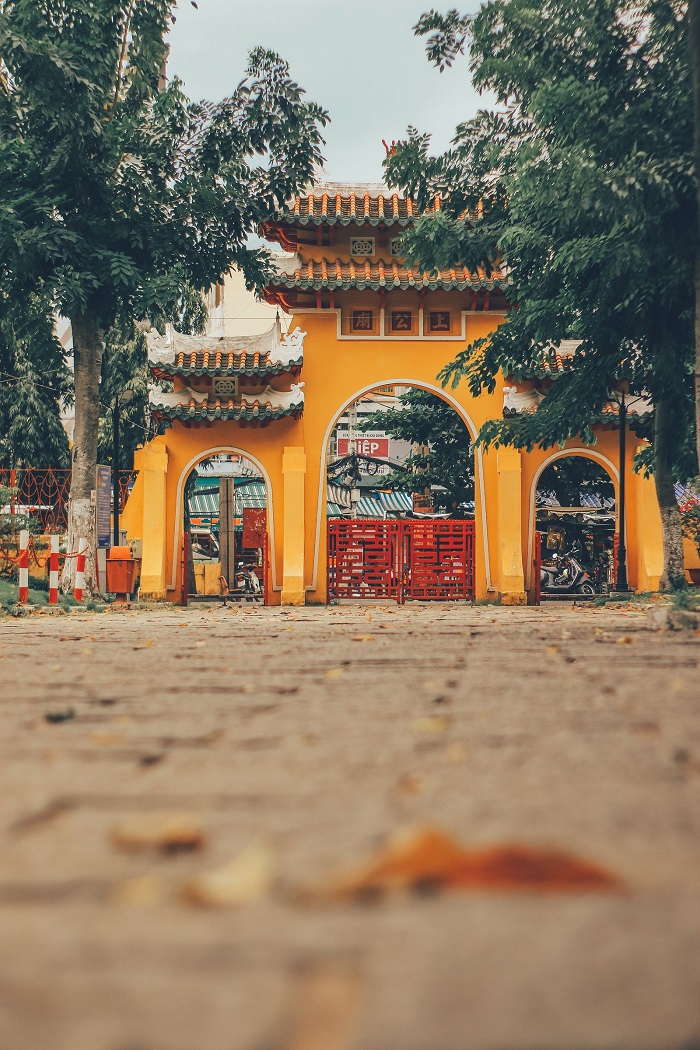 This tomb was built to worship the Marshal Le Van Duyet (1764 – 19832), General of Gia Dinh, serving under the reigns of King Gia Long and King Minh Mang, who had great merits in the resistance war at that time. The Vietnamese name “Lang Ong Ba Chieu” was born because it was located next to Ba Chieu market, gradually people used to call and combine Tomb of Le Van Duyet and Ba Chieu market into “Tomb of the Marshal in Ba Chieu“.

In addition to the South Vietnamese culture, for paying respect, people often call Ta Quan instead of his real name Le Van Duyet. In this article, Housing Saigon uses the name “Lang Ong Ba Chieu” to replace the “Tomb of the Marshal in Ba Chieu” name. And we also changed from Marshal to Mandarin as a familiar way of Vietnamese.

The entire tomb has a total area of 18,500m2, Surrounded by a 500m of long and 1.2m of height wall, with 4 gates facing 4 roads: Phan Dang Luu, Dinh Tien Hoang, Trinh Hoai Duc and Vu Tung. Over the years, witnessing the change of society, Lang Ong Ba Chieu still retains its ancient architecture. 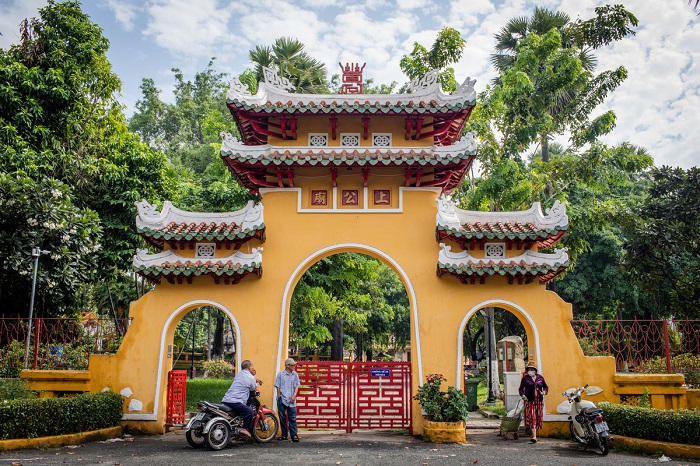 Lang Ong Ba Chieu welcomes you with the Tam Quan gate located in the South, facing Vu Tung Street. On the roof of the gate is a Chinese inscription, which translates to “Shang Cong Mieu“, which means Thuong Cong – a great official in ancient times. From the Tam Quan gate, passing through a landscaped garden, you will enter the main mausoleum, with 3 parts: the tomb, the grave of Ta Quan and his wife, and the shrine. 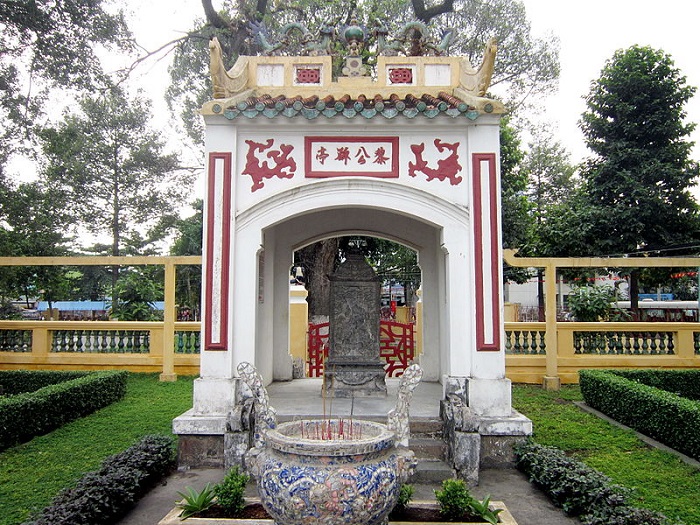 Where placed the stone stele to record the merits of the Ta Quan.

The grave of Ta Quan and his wife 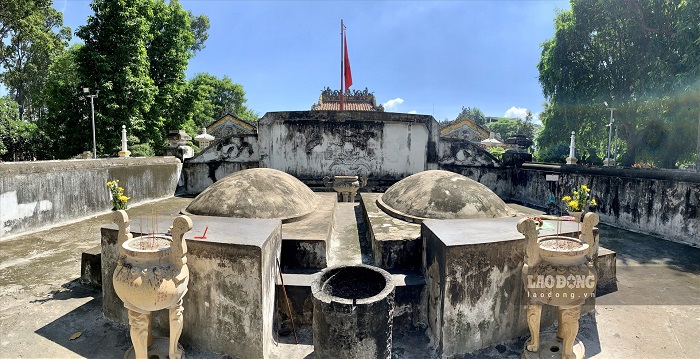 The oldest place was built first. Both graves were built with the shape of a turtle, so it is called Mo Quy in Vietnamese. It is a place for people to offer incense and remember the merits of Ta Quan. With exquisite carving and engraving techniques, it is extremely impressive and this is the most beautiful place in the campus of Lang Ong Ba Chieu.

On July 29 – 30, and August 1- 2 of the lunar calendar every year, at Lang Ong Ba Chieu, the death anniversary of mandarin Le Van Duyet will be held very solemnly. This event attracts not only local people but also a large number of tourists from far away provinces to attend the festival. People come here to pray for peace and health for their families and love couples. 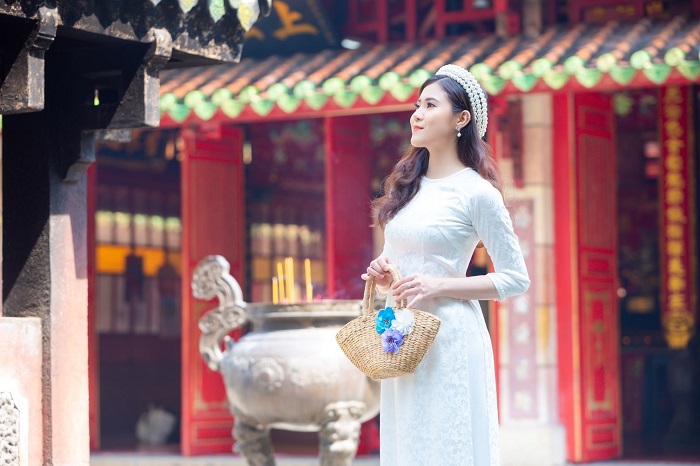 The holiday is also an opportunity for young people to have beautiful virtual photos, especially taking pictures at Lang Ong Ba Chieu with Ao Dai. The ancient architectural block at the mausoleum creates a background to highlight the beauty of the traditional Ao Dai.